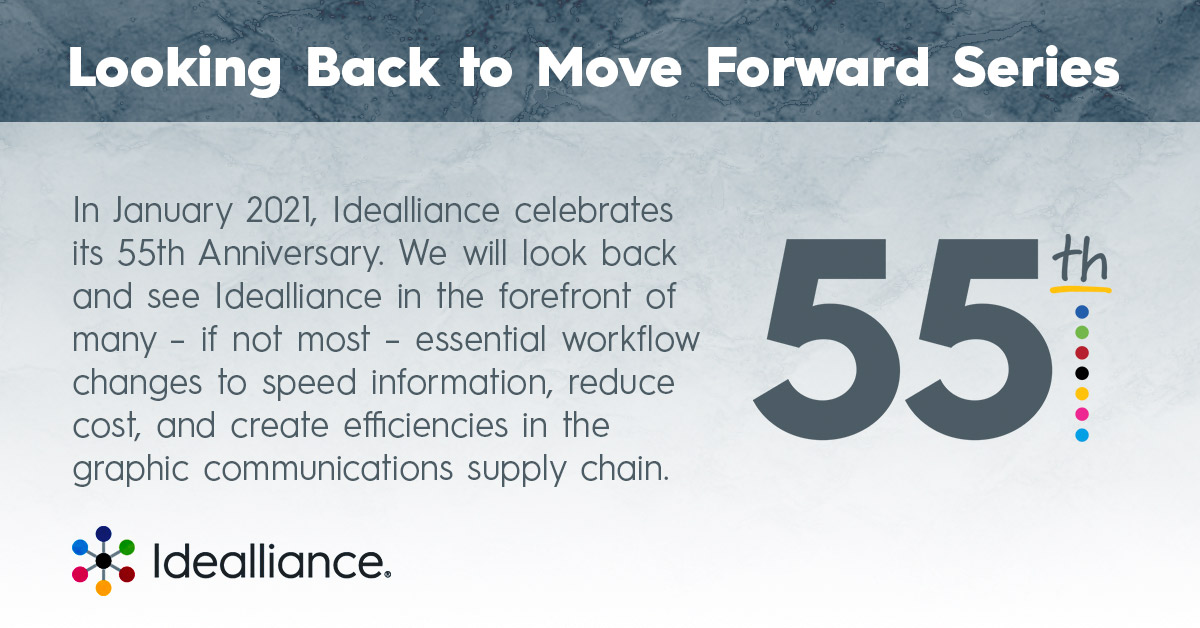 Looking Back to Move Forward Series—Part I

In January 2021, Idealliance celebrates its 55th Anniversary. We will look back and see Idealliance in the forefront of many – if not most – essential workflow changes to speed information, reduce cost, and create efficiencies in the graphic communications supply chain. Idealliance DNA is steady and unfailing – creating change-oriented and digital-centric initiatives engaging all partners collaboratively in a supply chain. Each generation, Idealliance has redefined itself and the industry. In the coming months, we will explore its history and the transformative role it has played on media creation, production, and distribution across advertising, packaging, printing, and publishing.

If you would like to contribute to our Look Back to Look Forward Series, contact David Steinhardt, Managing Director, at dsteinhardt@idealliance.org.

Idealliance began in January 1966 as the Computer Section of the Printing Industries of America (PIA). The group was composed of 14 member firms with each member paying an enrollment fee, plus dues depending upon company size. The newly formed Section of PIA initially attracted attention from Applications that attracted from composition driving electronic, photo, and hot metal typesetting systems; production control for job-loading and scheduling; and the Management Information System (MIS) array of job-cost accounting, inventory, and related applications.

In 1967, the Computer Section hired its first-time staff director, Norman W. Scharpf – a former employee of IBM. Mr. Scharpf’s foresight, initiative and execution were key ingredients that contributed to the success of the Association over thirty-four years serving as its principle staff executive. (He retired on July 1, 2001.)  In 1967, the core research and developmental committee structure that would be fundamental to industry change was born with five working groups – focusing on the application of computers to print communications workflow:

A major step forward occurred in 1969 when the Computer Section of PIA changed the name to the Graphic Communications Computer Association (GCCA).

William Thomson, Baron Kelvin, a British Mathematician: “Until you measure you cannot control.”

Three core threads of transformative change in the 1970’s for the Graphic Communications Computer Association were:

A leader in Management Planning and Control effort was Wallace Stettinius, president of Wm. Byrd Press and an industry innovator and GCCA Board Chair. Stettinius and the financial Vice President of Byrd Press, B. Douglas Bruce, led workshops on job costing to explore the management benefits of such concepts as direct costing and contribution accounting. With the aid of the computer, Stettinius and Bruce refined and implemented these concepts at Byrd. This success led Stettinius to write a 400-page textbook on the subject, entitled Management Planning and Control: The Printer’s Path to Profitability published by GCCA in 1976. At the same time, he and Bruce began a series of tutorials sponsored by GCCA. More than 1,000 printing company executives attended these three- and four-day courses over a period of 12 years. Management Planning and Control: The Printer’s Path to Profitability sold more than 10,000 copies.

The company expanded its core membership of printers to publishers beginning in the early 1970’s, and grew over thirty years to working with most of the medium and large publishers in the U.S. and the United Kingdom. To serve as forum for printers and publishers to interact and collaboratively improve workflow, GCCA organized in October 1972 the first symposium under the title, “Printers and Publishers: Face to Face,” in Key Biscayne, Florida. For over forty years, the symposium was the place where high-level executives gathered. It evolved into the Printer-Publisher Symposium and later became the Print Media Executive Conference (PRIMEX).

An outgrowth of the The Printer-Publisher Symposium in the 1970’s were three key initiatives that would impact printer productivity and color management for the next thirty years with implications for Idealliance becoming a color management powerhouse in the 2000s: 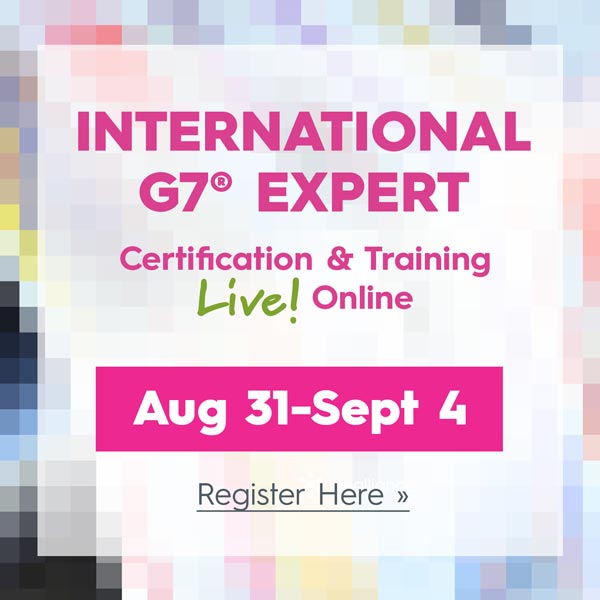